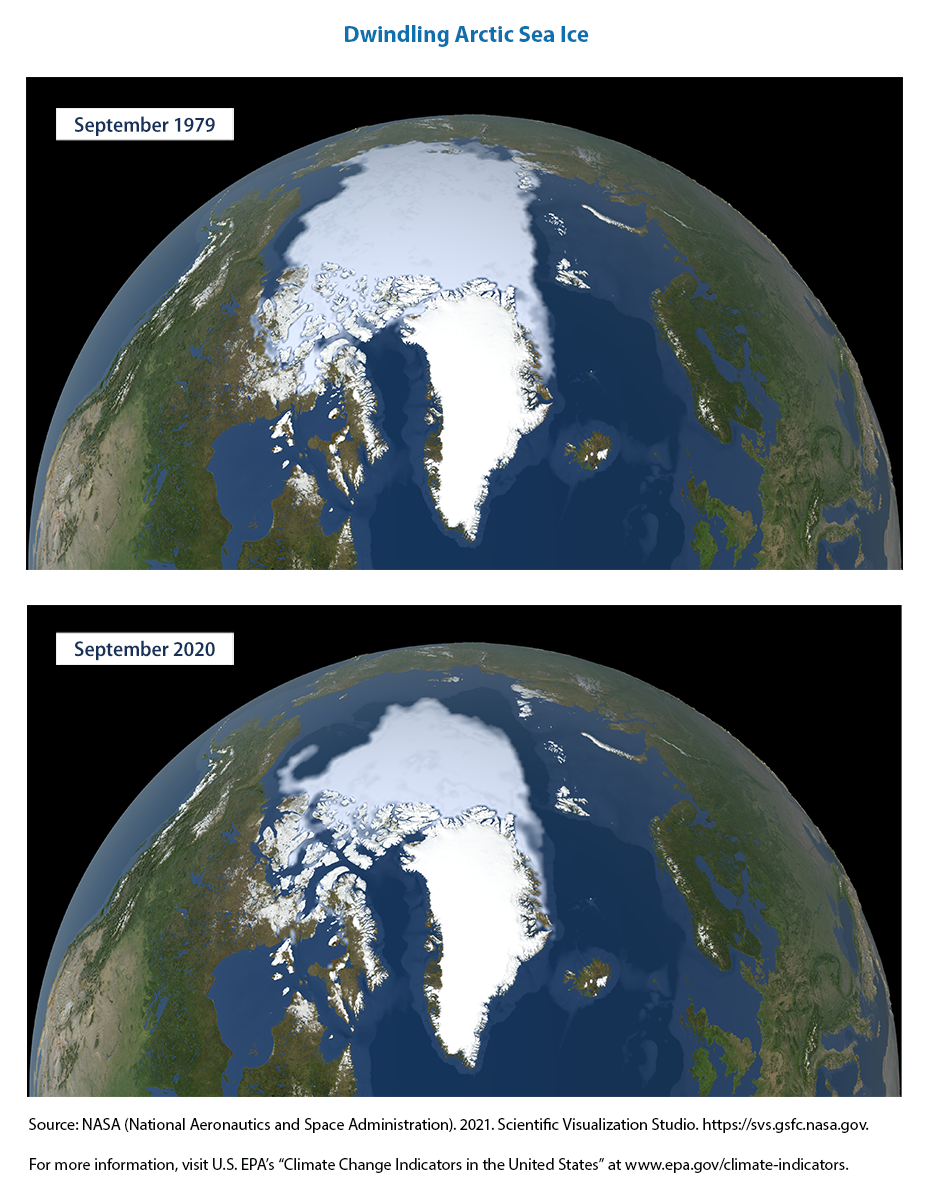 The Arctic Ocean is the smallest and shallowest of the world's five major oceans. The Arctic Ocean is surrounded by Eurasia and North America, It is mostly covered by sea ice throughout the year. But, The Arctic Ocean has been warming since the onset of the 20th century. According to the study published in the journal Science Advance, the expansion of warm Atlantic Ocean water flowing into the Arctic caused Arctic water temperature in the region studied to increase by around 2 degrees Celsius since 1900. This phenomenon is called ‘Atlantification’. Researchers say that the rate of warming up of the Arctic Ocean is more than the global average, if this continues then it will be a big concern to the world as due to the increase in temperature ice is melting at a much faster rate and hence sea level is increasing globally. And, in turn, more exposure to ocean water to the sun will contribute to Global warming. According to the researchers the Arctic Ocean has been warming up for much longer than previously anticipated.

Satellite records, which help quantify alterations in vegetation in the Arctic region, are a major source of information on how vegetation has reacted to climate change in recent years. Another significant shift affecting arctic flora is the increase in wildfires in the Arctic Circle, which set a new record for CO2 emissions in 2020, with 244 megatonnes of CO2 emitted. This is related to the burning of Peatlands, which are carbon-rich soils formed by the accumulation of waterlogged vegetation and are primarily found in Arctic latitudes. The northward movement of the subarctic climate zone allows animals that are adapted to that environment to migrate farther north, displacing species that are more adapted to a pure Arctic climate.

The Arctic will continue to warm faster than the rest of the planet, according to the latest UN state-of-the-science report on the climate catastrophe, as long as people continue to burn fossil fuels and release greenhouse gases into the atmosphere. Furthermore, Atlantification will cause the Arctic Ocean to warm much more. Climate change is having an increasingly direct impact on societies around the world as it accelerates.

We need to do whatever possible in our hands to slow down this phenomenon, like sustainable development, and reduce the use of fossil fuels on a much larger scale before it gets too late.